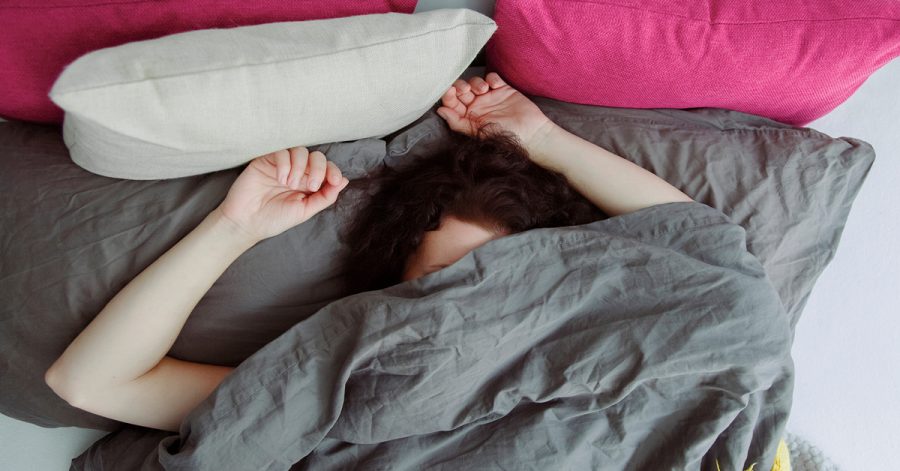 Imagine if humans did not need to sleep.

The thought may initially seem appealing. The amount of work that we could get done in a day could be bountiful. The abundant time available for our hobbies could fill us with delight. And that TV show you have always wanted to binge-watch but never had the time? The task would be significantly easier to fulfill if ten hours of your day were not consumed slumbering deeply.

At least, the idea of a life without sleep sounded amazing to me. Without the need to sleep, more time to complete as many homework assignments as I wish would be in my possession. Also, more hours practicing my instruments with profound meticulousness would brighten the musician inside of me. Mindless minutes to scroll through YouTube videos could even be more readily available, without the need to designate time laying in my bed and rejuvenating like a stagnant phone plugged into a socket beside a wall.

But the more I thought about it, the more caveats I realized there would be.

Some of us would be much more prone to procrastination, given that we are caught up in the deceiving prospect of having 24 hours in a day to do whatever we please. Instead of being relieved from the stress of working until the early dawn while tossing away precious hours of sleep, they would likely become more compelled to complete their work minutes before their deadlines. The reason why is that with more time on their hands, some individuals’ motivation to actually begin their assignments would deteriorate until they painfully realize too late how foolish they were to put off work for so long.

On the other hand, some may be prone to overexertion. Those kinds of people would feel no reason to stop working since sleep is no longer a barrier impeding their mental vigor. Since sleep would not exist to incentivize these people to step away from participating in their mind-intensive activities, their workaholic tendencies would boundlessly grow and persist. Yet, even though they are free from the constraints of getting a good night’s rest, stress is still an egregious threat. Burnout would be inevitable, straining their well-being and placing them constantly on the verge of a mental collapse. Therefore, these overachievers’ determination to be even more productive could actually make them less productive overall without a proper work-life balance.

While these phenomena are still, unfortunately, prevalent issues across our world, their presence would overwhelmingly magnify if it weren’t for our biological need to sleep. Melatonin exists in our brain for a reason.

Primarily, sleep, thankfully, treats us with time boundaries. Sleep gives many individuals the motivation to get work done as early as possible to avoid the unnerving possibility of crashing out past the deadline. The behavior pushes us away from the monster that threatens the lives of many, especially teenagers:

Fueled by the perfectly acceptable quantity of laziness that all of us share, procrastination is a sneaky menace that initially brightens us but ends up hurting us in the long run. The work that most people crank out in the hour they complete an assignment before the deadline lacks the potential depth that could have been incorporated if the work was completed across multiple days as intended. Even though procrastination has its benefits, one being the heavy amount of free time we enjoy when refusing to do our work, many admit that it should not be a constant habit.

Once I tried procrastinating for a college essay, but the amount of unanticipated stress that it brought pushed me to never want to procrastinate on an assignment ever again. To be fair, I was applying for a college with a scholarship deadline earlier than the university’s actual application deadline. However, I did not learn of the college’s scholarship (which would provide a free ride to accepted students) until the day of the scholarship’s due date, and not wanting to miss out on an opportunity for a free education, I spent the entire day and night grinding on my application for that school. Approximately five hours were consumed mentally screaming at myself for lacking the proactiveness to know of the scholarship’s deadline in the first place, but by then it was too late for regrets. I ended up submitting my materials a few hours before my Chromebook clock displayed the dreadful “11:59 P.M.,” but I definitely did not feel good about the work I hastily completed. Like any learning experience, at least I learned a valuable lesson: I cannot mentally handle being a procrastinator, unlike other impressive individuals.

Likewise, sleep also incentivizes people with a reason to stop working, reminding workaholics to periodically take a break. The need to (try) to get at least eight hours of sleep each night limits us from working past what our brains can legitimately handle.

Many have successfully pulled at least one all-nighter in their lives, but like procrastination, sleepless nights threaten our long-run stability. I am ashamed to admit it, but during this year’s AP exam season, I spent a whole week working until 5 A.M. despite having to wake up around 7:30 A.M. for school. Even though I thought that I could handle a week with a minuscule two and a half hours of rest, subconsciously I knew that my mental capabilities were subtly declining as the week passed. In fact, the unending days of sleep deprivation lead me to crash on my bed over the weekend and sleep for about 15 hours (it is amazing how readily our bodies can fix our inefficiencies).

Our productivity is not sustainable if we lack the energy to exert ourselves into complex tasks in the first place. Time spent for rest is just as important as time spent for working hard. The mental relief associated with dedicating at least a few minutes away from our work recharges our exhausted brain with the fortitude to resume our arduous work. Furthermore, sometimes after a well-deserved rest, we become more productive than before.

Managing sleep in our life is a balancing act. Its existence accentuates the harm in procrastination, reminding us to not put off our assignments too much to avoid working up late the night before a deadline. Likewise, the innate habit underlines that we cannot work so much in a day that we dismiss the time we need to attain some beauty rest. These thoughts must be kept in mind because, in reality, staying awake for twenty-four hours every day is an impossible feat.

Some people hate sleep for depriving us of our time to do what we choose, but the truth is that humans require that obstacle. Otherwise, we would all just be a bunch of either unproductive individuals who lack awareness of time’s finite nature or monotonous robots who believe the key to success in life is perpetual work. Both of these possibilities would lead humanity to great turmoil.

So instead, let’s listen to our bodies and treasure the time we can catch a few Z’s.