Should these outdated things still exist in 2021? 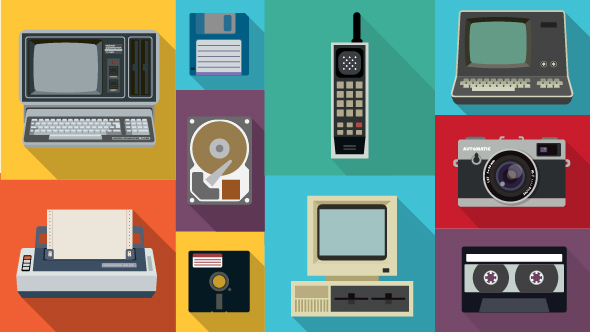 Many people, like me, are wondering why paper newspapers are still used today. Everything is online, and the only thing they’re useful for today is making those cool newspaper hats. According to The New Yorker, newspapers have been around for three hundred years! However, newspaper circulation has decreased by thirty million people since its peak in the nineties, and it looks like the numbers will only get lower. Nowadays, in 2021, most people get their news online as the internet provides access to pretty much all the information you want. Good thing The Bison’s articles are online 😉

Wooden pencils have been an iconic part of everyone’s back-to-school supplies and can be found in almost any student’s possession. However, what you may have noticed is that you find yourself using them less and less every day, every year. Here’s a fact that won’t shock you: wooden pencils have been around since 1662. I think we need someone to come up with a new concept for a pencil. Oh wait, someone already has: mechanical pencils. So why do we still use the wooden ones? Well, I’m sure the artists can answer that one. For example, one wooden pencil allows control over the darkness of lines and the thickness of lines. It is also cheaper and usually has a sturdier lead. However, all these things could be considered and used to improve mechanical pencils, so the day wooden pencils will be sold on eBay for big bucks could be coming soon.

School buses have been around for a long time, and despite my opinion that they may have been around for too long, around twenty-six million students take the bus across America. The concept of the school bus was invented in 1886. Really, it was only a horse-drawn carriage, but the first modern yellow school bus appeared in 1939. The reason it was yellow was that it was designed to attract attention to it. All in all, school buses are the best way to transport large groups of students to a specific zone (which is great), but what I find weird is how the overall design and look of the school bus hasn’t changed in the last 80 years. For example, school buses are lacking comfortable seats, while a digital map for school bus drivers would be more favorable.

Though I am not one of these people, many individuals argue that physical books are outdated, and perhaps that’s how you feel too. They may have a point though, as the earliest form of a book, a scroll, has been around since the fourth millennium BC and the first modern-day book was made in the first century AD! E-books came into existence right around the 1970s and peaked in the nineties. Nowadays, most people find eBooks more convenient than a physical book for it can be accessed anywhere you take your phone, tablet, kindle, and more. E-books can also be cheaper and are not easily damaged.

Graham, Derek. “To See or Not to See? Weighing the Benefits of Visual Navigation.” Www.Schoolbusfleet.com, www.schoolbusfleet.com/10009633/to-see-or-not-to-see-weighing-the-benefits-of-visual-navigation. Accessed 1 Dec. 2020.