Who Is That Girl We See? Disney’s 2020 Mulan Is Not Someone We Know 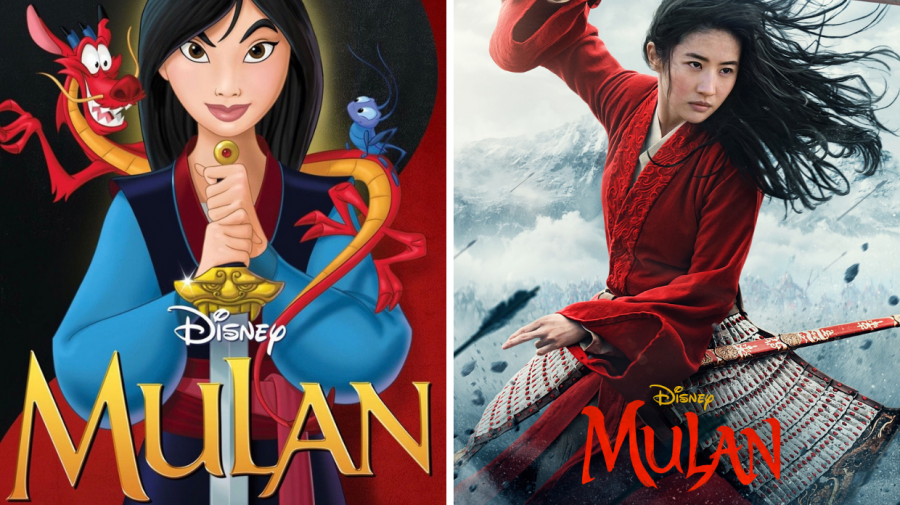 It was only a few months ago when my friends and I had first discussed our opinions on the rumored changes to the live-action version of Mulan. There would be no iconic songs from the original animated version we all know and love. Our favorite comedic side characters like the renowned ancestral dragon spirit, Mushu, and his lucky sidekick Cricket would be missing entirely from the movie. These changes deeply disappointed my friends and me, but if taking away these original characters and songs would contribute to telling a more compelling, mature story, then we’d be willing to watch the new Mulan. After all, the original animation was nowhere near a perfect representation of Chinese culture, as it was a movie tailored for white audiences completely unaware of Chinese culture. Perhaps taking this original classic filled with the white perspective of Asian culture and crafting it into a new film would better represent the ancient legend of Fa Mulan. However, what we received was Disney’s absolute worst live-action remake yet. Forget the creepily realistic and expressionless safari animals in Lion King, Emma Watson’s over-auto-tuned singing in Beauty and the Beast, the two unbearably long hours of Dumbo, or Will Smith’s sour attempt of emulating Robin Williams’ iconic role of the Genie.

Disney’s newest live-action film strips everything we know and love of Mulan, disappointing Asian Americans who’d waited to see representation on the silver screen for so long, bringing complete disgrace to Chinese culture, and left our beloved, fierce Chinese warrior being the epitome of complete and absolute utter boredom.

Mulan 2020 was emotionally empty and anti-climatic in all aspects of the film.
In the original 1989 version, Mulan’s main motivation to join the army was merely because of her intense love and gratitude for her father who was crippled after years of service. She was willing to risk her life for being discovered as a woman in order to save her father. The entire scene was mysterious, suspenseful, and thrilling. Mulan sneaks off in the middle of the night, stealing her father’s armor, using his sword to cut her long locks, and takes off with her horse in the pouring rain, all while the dramatic score heightens this momentous scene of Mulan leaving home.

But this is all thrown out the window in the “new” Mulan. Instead, the film cuts to Mulan having her armor on and she just leaves home. Her family wakes up the next morning, discussing how Mulan had vanished and how they should stay quiet or they’ll all die. It just doesn’t have the same heart-wrenching effect as the original: watching Mulan’s father desperately run out in the rain, helplessly dropping to the ground, hoping that his daughter will somehow return safely. Additionally, in the original animation when Mulan returns home, she brings trinkets and awards for her father. However, he throws them away, and tells her, “The greatest gift is having you for a daughter.” This exact moment is the heart of Mulan, the lengths to which Mulan goes to prove herself to her family and bring them honor. Her father acknowledging who she is as a person is more important to them than any trinket she could have bought home is all missing from the live-action movie. A far much more boring dialogue between daughter and father takes place and Liu Yifei’s expressionless, dull acting glosses over the moment.

Surprisingly, there’s also no sisterly bond or connection between Mulan and her sister, even though the entire movie screams in your face about the “importance of family” and “bringing honor to all.” The sister adds absolutely nothing to the story. Her only personality trait is being scared of spiders, as her fear causes their visit to the Matchmaker to be disastrous. This situation is used to show off Mulan’s Qi powers when she balances the teacups that fly in the air, showing how Mulan makes no mistakes and “isn’t like other girls.”

Mulan’s new “superpowers” destroy her entire character.
The main issue that poisons the entire plot of the movie is the concept of “Qi,” a boundless energy force held by all matters of life, commonly cultivated in the practice of martial arts. However, Disney inaccurately treats Qi as a special type of “special magic” only for men, which is why Mulan is unique. She’s a woman who has an abundance of these superpowers, meaning she must hide them. This is displayed in the very opening scene where her Qi powers grant her the ability to perform a martial arts sequence that defi laws of gravity. Qi completely erases Mulan’s potential character development, as she no longer has to face challenges to get to the top. Instead, Mulan’s gifts prove her to be another Harry Potter or Luke Skywalker, categorizing her in another “Chosen One” trope. When she is thrown into an unfamiliar setting of war and conflict, Mulan doesn’t struggle or ever embarrass herself, because her Qi doesn’t allow her to make mistakes. In short, she’s a perfect warrior, which is completely inaccurate to her motivations for finding her true identity and her development as a person. There’s never a point in the movie where Mulan fully develops into a better warrior, except for a brief moment where she’s kind of glad that she makes it to the top of the cliff while carrying her water buckets. Not a very impactful moment at all. The audience isn’t proud or thrilled that her hard work has all paid off. A dull training montage is also shown along with a scene where some soldiers are outright objectifying women and literally quote entire lyrics from the song, “A Girl Worth Fighting For.” Where did the “we’re not going to have any songs” go, Disney? It’s either committing to performing the full song or nothing at all. No one wants any of this lazy screenwriting idiocy. We don’t see Mulan bond with the rest of the soldiers and form those friendships that help her defeat the villain and save China in the end. The audience is somehow expected to believe that the soldiers actually like Mulan so much that they take her side at the end, even though there’s no evidence that shows she even slightly cares about them at all.

An Asian story told by white people
Despite the Asian cast seen on screen, the work behind the cameras is dictated by a majority white crew, a complete slap-in-the-face towards all Asians. Although audiences will see an Asian woman on the big screens, her story will be told through the perspective of white people, explaining the inaccurate elements of Chinese culture throughout the film. Mulan’s father’s sword has the words, “忠勇真” engraved onto it, meaning Loyal, Brave, and True. This is completely inaccurate to what an actual Chinese person would have on their sword, which completely exudes the energy of a white person getting a random Chinese character tattoo. No Chinese person would have three random characters engraved on a sword.

It’s insulting to think that the message Disney’s new live-action Mulan is sending the message that in order to be a strong woman or feminist, one must have virtues of physical strength and power, someone who doesn’t make mistakes and has no weaknesses. This expectation of the invincible female character is extremely harmful and irresponsible, as this is impossible and completely inaccurate to real, strong, and independent women out there. Strong women may not always be physically strong or talented in fighting, but they are always free to develop as a person, make mistakes for themselves. They can have a love-interest and friendships. The live-action Mulan is a failure for female empowerment and a large disappointment for Asian Americans such as myself. This failure especially stings because Asian representations on screens already is one of the most largely unseen.

However, there’s much to anticipate in the future with new Asian films such as Minari, a Korean American family’s struggles to find the American Dream, and the release of China Rich Girlfriend, the sequel to the successful Crazy Rich Asians. The failure of Mulan doesn’t have to mean the setback of Asian representation in Hollywood but can allow for audiences to watch other genuine Asian stories told by Asian people.