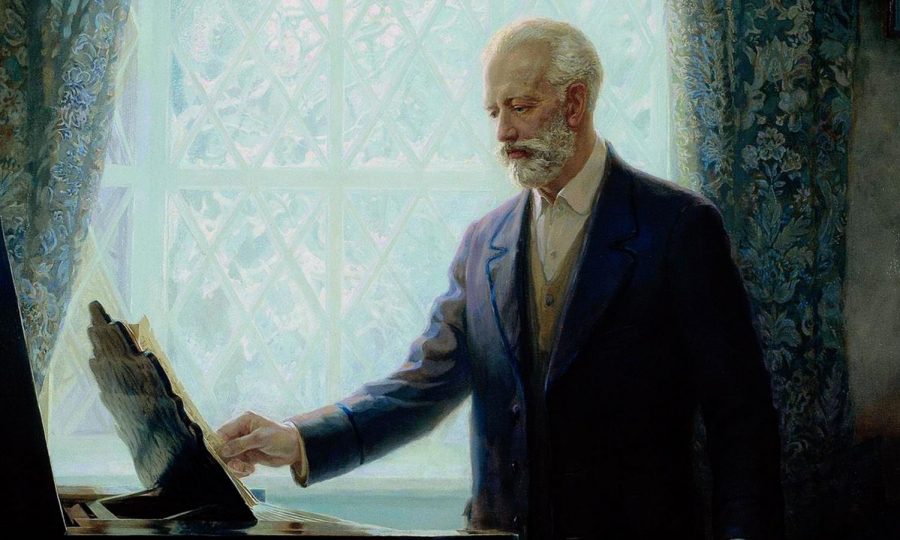 Tchaikovsky grew up in the Russian Empire, raised in a culture vastly different from that of today. This community held great disdain for two of the very things that defined Tchaikovsky — being a musician and homosexual.

Allow me to paint a picture: if you were a musician in the Russian Empire, you wouldn’t have a whole lot of career choices, and even less of those would be affluent in any way. You could perform for the rich like a more valued court jester, perform in the theatre, or perhaps you could teach some brats in the academy. So why on Earth would you want to be a musician at all? After pondering this list of only cons for a few brief moments, Tchaikovsky’s parents  sent their son to the Imperial School of Jurisprudence in Saint Petersburg. In their eyes, it was much better to send him to a good school to prepare him to be a civil servant, than it was to support a musical career.

At this time, a shift in thinking was taking place in the populous, one that would benefit Tchaikovsky greatly. Rather than only enjoying music where it seems that the performer’s dearest wish is to either break their fingers or the piano (or both, who knows), they began to realize that a show of simple speed and noise did not equal quality music. The public began to actually listen to the melodies, treating it less as a spectacle, but more a performance. Tchaikovsky’s own melodistic pieces benefited, and his fame began to grow.

Imagine that your music was so good that, not only did you receive hereditary nobility, you also got an audience with the tsar himself! Yes, Tchaikovsky had been able to achieve all of this. Although he ironically hated public life, he accepted increasing amounts for the sake of promoting Russian music. What a guy! And after dealing with multiple social problems, such as stage fright, he even conducted the premiere of his 5th Symphony himself! He did the same with his 6th Symphony in 1893. Nine days later, he died in the city at the age of 53.

How sudden! How strangely mysterious! For it was said that he died of cholera, contracted from drinking unboiled water from a local restaurant. But could such a man as him have died so? The restaurant was very reputable, would they have forgotten to boil water during a cholera outbreak? Would I forget to wear a mask or wash my hands during this current pandemic? Both are highly unlikely. And so, some historians have concluded that he may have committed suicide.

And what motive would have driven a genius to push himself into the grave? Facing public opposition, Tchaikovsky was homosexual, with his deepest, truest love having been with a Sergey Kireyev. And the prejudices against his sexuality did not end there- as rumors spread throughout Europe, critics began changing their views of his music. How cruel were the changes they made! Music they had celebrated became “romantically excessive”, his beautiful melodies made “pathological”. Perhaps even the theory of his suicide resulted from this change in mindset, for, how else could a homosexual man die than suicide to escape from a world full of “normal”, healthy people?

Exactly how comfortable Tchaikovsky was with his own sexuality we do not, and probably will never know the answer to. Such facts about his deeply private life are hard to conjecture. In 1877, he wed Antonina Miliukova, a woman who he promptly gave up on two and a half months later, and afterwards ended up wandering throughout Europe for several confused years. Amid this confusion, aptly named as his “years of wandering”, Tchaikovsky managed to write both his Violin Concerto and the 1812 Overture, the first astoundingly beautiful, and the second decidedly glorious. (Both are amazing).

Classical music is a genre of music filled with thought and emotion, where both are expressed without a necessity for words. The textures created from Tchaikovsky’s mind express pain and sorrow, as well as triumphant perseverance. A composer’s music is his legacy, a transcription of feeling upon melody. Merely reading about the life of such a man, particularly one who expressed so much in his music, would not be right unless the reader listened to the music itself. For how can one understand exactly how this man has touched the hearts of so many without having their own heart touched as well? I urge you to pull up his first piano concerto and listen to it. Do not be intimidated by the length, you don’t have to listen to all of it- though I hope you do- just enough to understand the power of his melodies. Hear the triumphant beginning, hear the strong resolute chords that follow, hear the swaying fullness of the orchestra, hear the cascading notes of the piano, the building of tension, the swelling passion — hear the music for what it is. Feel the emotion that Tchaikovsky has poured into this piece, and the magic of it that has captured so many hearts across so many generations.